In 2013, LBCC accepted an invitation from OHSU and PSU researchers to participate in a four-year, federally funded research project titled The Study for Employment Retention of Veterans (SERVe).  Along with 41 other Oregon employers, LBCC managers and employee-veterans participated in research to test a training model to improve supervisory relationships with veterans. SERVe project results were recently distributed to LBCC, and acknowledged our positive climate for veterans. Some of the highlights noted about LBCC:
The project team is now revising the supervision training based on the data from supervisors and supervisees. LBCC will be granted free access to the SERVe supervision for veterans training program once it is revised. We thank our employee-veterans for their service to our country and involvement in this study. Thank you to supervisors who participated in the testing, training, and behavior tracking portions of the research. For the complete report, contact Bruce Clemetsen, SERVEe project coordinator for LBCC.

iLearn Thanks the LB Community for Support
With the successful launch of LB iLearn Online’s newest program, Entrepreneurship and Small Business Certificate, LB iLearn wanted to thank the LBCC community for the support. When the community was asked for volunteers to enroll in the program for free, there were more responses than those that could be accepted. A reminder for the future, professional development dollars can be used towards LB iLearn tuition. For more on how you can utilize your professional development dollars towards your continued education at LB iLearn, contact Tina Leonard at leonart@linnbenton.edu.

Next time you're out and about on campus, take a minute to say hello to Sam Bruch, the new grounds team member working with George Van Keulen to keep our campuses beautiful. Sam moved to Corvallis from McMinnville while in high school. He studied literature and linguistics at UO, finished his bachelor's degree in arts and letters at PSU, and returned to school at Clackamas CC to earn an associate’s degree in horticulture. Sam worked in the nursery and tree care industry in Portland before moving back to Corvallis last summer and starting work at the college in October. Sam and George recently became certified Organic Lawn Care Accredited Professionals, and are among the first members of a newly-formed national Organic Landcare Association. Sam says he is excited and grateful to be a part of such a forward-thinking groundskeeping organization that has implemented fully organic practices on our campuses. 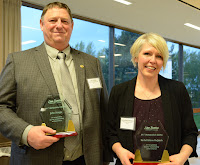 LBCC alumni John Dinges and Rachel Kittson-MaQatish were named as the 2017 LBCC Distinguished Alumni. Dinges, the owner of John Dinges Landscape in Lebanon, graduated from LBCC in 1975 with an associate of science degree in Turf Management. He started his business shortly after graduating. He was recognized for his contributions to the community and his community service, including providing scholarship funding for LBCC students majoring in healthcare, and establishing the first privately-funded scholarship for COMP-NW medical students in Lebanon. Kittson-MaQatish, a partner at Morley Thomas Law Firm in Lebanon, graduated from LBCC in 1991 with an associate of arts degree in Business Administration. She earned a bachelor’s degree in Business Administration from OSU, and a doctorate degree from Willamette University. Kittson-MaQatish co-founded the Willamette Street Law Program, which helps teen parents navigate legal matters. She was also honored for her service on community projects and boards.

Awards Given at Spring Inservice
Besides providing an opportunity to take a break from our regular work, connect with each other and engage in something new, Spring Inservice lets us honor faculty and staff for the good work they do each day.

The Pastega Faculty Excellence and Pastega Classified Excellence awards honor one faculty member and one staff member for the excellent work they do each day. The faculty excellence award went to criminal justice faculty Rod Carter, and the classified excellence award went to tutor coordinator Sheri McIntyre. Rod was hired as part-time criminal justice faculty in 2000, and was promoted to contracted faculty in January 2002. He has served as Criminal Justice Department Chair since September 2002. Rod was recognized for his dedication to teaching, creating a positive learning environment for students and staff, and for his commitment to advising and guiding students toward their career goals. Sheri was hired in 2004 as an early childhood teacher in the Periwinkle Child Development Center on campus, now Head Start. She was promoted to Learning Center Tutor Coordinator in 2011. Sheri was recognized for her professionalism, her ability to engage student tutors to be the best they can be, and her service to college committees including as a negotiations officer for the Classified Association and on the professional development committee. In addition to receiving a $1,000 check, the winners names are engraved on the Pastega award plaques hanging in the Calapooia Center hallway, and on stones placed in the Foundation Paver Patio. Congratulations! 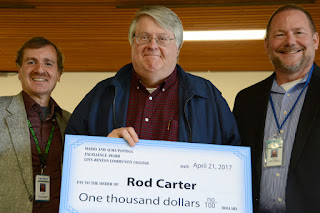 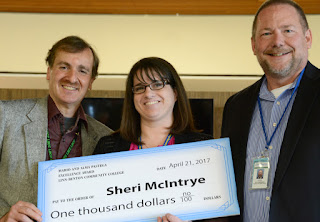 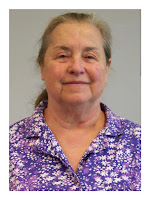 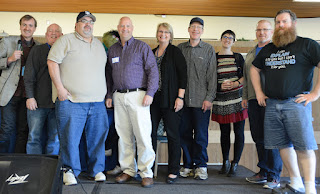 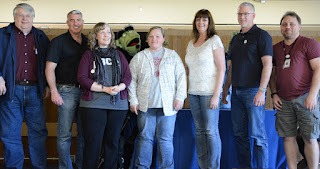 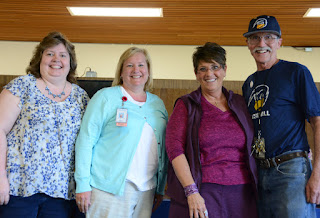 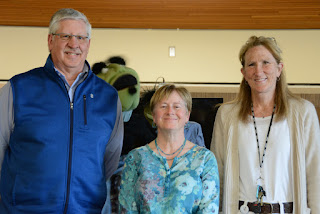 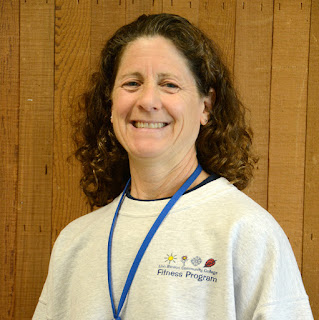 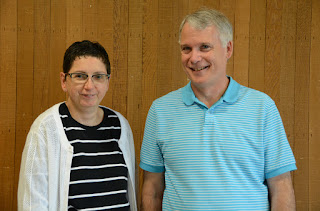 A bit about our awards: The Distinguished Staff Award was established in 1980 to recognize employees for their contribution of both time and energy to the college. Nominees must have completed 10 years of continuous employment with LBCC. The Pastega awards, established in 2000 by the Mario Pastega Foundation, honor faculty members and classified staff for their outstanding contributions to the LBCC community. Winners receive a $1,000 honorarium. The Part-time Faculty Excellence Award was established in 2015, with the winner receiving a paver stone to be placed in the Foundation Paver Patio by the Calapooia Center. Winner is selected by the Academic Affairs Council.