Showing posts from May, 2015
Show all

LBCC will award 1,065 degrees and certificates to 824 students this year. In addition, approximately 25 students completed LBCC’s General Educational Development program and will receive their certificates at commencement.

Graduates should plan to arrive no later than 5:45 p.m. at the Santiam Building behind the Expo Center. Doors open for seating at 6 p.m. No tickets are needed to attend the ceremony.

A traditional bagpipe processional will be lead by the Portland Metro Pipe Band, with posting of the colors by the American Legion Travis Moothart Post 184 of Brownsville. 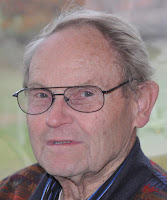 Established in 1971, the award honors community members who have provided leadership and service to the college and their communities.

A retired Albany businessman, Lowry is philanthropist and veteran who has given generously to the LBCC Foundation over the years, and has served as a member of the Board of Trustees of the Foundation since 2006.

Johnston, of Albany, is the Regional Community Manager for Pacific Power. She serves as the current president o…
Post a Comment
Read more

Designed to prepare you for the Oregon Real Estate Brokers License Exam, this 150-hour course is the fastest way to qualify to take the state exam. The local real estate market is beginning to turn around. Now is the time to position your self for the up-turn.

This 11-week course will meet on Wednesdays from 6 to 9 p.m. beginning June 24 at the LBCC Albany campus, 6500 Pacific Blvd SW.

The course content will be mostly Internet based. Students are expected to have on-line capability, to self-study and attend all class sessions. A mandatory study session will be held on Saturday, last day of the class, TBA. 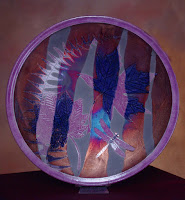 The LBCC Benton Center Pottery Show and Sale will be held Friday, June 5 from 3:30 to 5:30 p.m. at the center’s ceramics studio, 757 NW Polk Avenue, Corvallis.

LBCC ceramic instructors and students will sell their raku, high fire, salt fire and wood fire pieces. A portion of all sales supports the ceramics studio.

Tickets are $8 general admission, $6 for students and seniors. Kids four and under are free. Purchase tickets at the door one hour prior to performance. 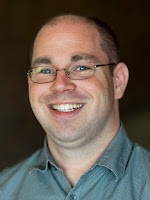 This will be the final concert conducted by LBCC Director of Choral Activities, Dr. James Reddan, who has taken a position at Frostburg State University in Maryland.

This “farewell” performance includes the Concert Choir, Re-Choired Element Chamber Choir, and the vocal a cappella ensembles Blue Light Special and The Sirens. Penny Bazanele will accompany on piano in addition to many others on various instruments!

The concert will feature an eclectic array of works spanning the choral repertoire including: How Can I Keep from Singing (Walker), J’entends le Moulin (Patriquin), It Takes a Village (Szymko), Alleluia from Songs of Faith (Basler), Wade in the Water (Hogan), In the Gloaming (Oswald), and Earth Song (Ticheli) among several others.

Students age 15 and up get hands-on experience in careers including drafting and engineering 3D modeling, machine tool computer numerical control and design, mechatronics robotics and microcontrollers, and welding.

Sessions run during the week of June 22 at the LBCC Albany campus, 6500 Pacific Blvd. SW. For more information and registration form is available online at www.linnbenton.edu/summeracademies or call 541-917-4236.

Seminar on Post-Award Debriefing and Subcontracting with the Government

Cost is $19. For more information or to reserve your seat, contact Anne Green at 541-917-4929.  Sponsored by LBCC’s Small Business Development Center.

By Linn-Benton Community College - May 12, 2015
The LBCC Benton Center Acoustic Showcase featuring local musicians Mark Weiss and the Acoustic All-Stars will be held Friday, May 15 from Noon to 1 p.m. in the centers’ student lounge, 757 NW Polk Ave., Corvallis.

The memorial will include speakers from several recent conflicts including Vietnam and the Gulf War. Posters for each conflict will be located around the courtyard along with a field of flags. A courtyard BBQ lunch will be available for purchase for $5.

This event is free and open to the public. Sponsored by the LBCC student Veteran’s Club. For more information, contact club advisor Lewis Franklin at 541-917-4542. 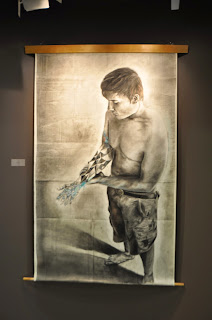 Juried by Shelley Curtis, curator and manager for Art About Agriculture, more than $2,000 in prices and certificates was awarded from local businesses and community donors.

The LBCC President’s Purchase Award went to Christoper Trotchie of Corvallis, for his series of three photographs titled…
Post a Comment
Read more

During April, writers and photographers spent three afternoons listening to the life stories of local elders and taking photographs. The collaborative work resulted in two creative portraits, one written and one visual, of each elder.

The elders and artists will be honored at the Life in Art Reception and Presentation on Friday, May 29, at 2 p.m. at the LBCC Benton Center, 757 Polk Ave, Corvallis.  The event is free and open to the public.

Life in Art furthers LBCC’s mission to promote meaningful, diverse, and resonant relationships within our community, showing how the arts, particularly poetry, have the power to penetrate to the heart of a matter to unwrap understanding and weave new connections. 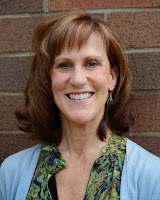 Ann Buchele has been named as the next vice president of Academic Affairs and Workforce Development at Linn-Benton Community College, replacing Beth Hogeland, who is retiring June 30.

The 53-year-old Buchele, of Corvallis, has been employed full-time at the college since 1991. She served 12 years as a faculty member before moving into various administration roles, including her most recent position as dean of Workforce Development and Program Effectiveness.

Buchele’s education includes post-doctorate work through Breakthrough Model Academy in Massachusetts, a PhD in Community College Leadership from Oregon State University, and a master’s and bachelor’s degree in Education from the University of Toledo.  She starts in her new position July 1.

By Linn-Benton Community College - May 06, 2015
A free Estate Planning seminar will be held Tuesday, March 12 from 5 to 6:30 p.m. at the Springhill Golf and Event Center, 155 NW Country Club Lane, Albany.

Gain a greater understanding of estate planning including why a will is necessary, the value of trusts, both living and charitable, and health care planning you should include in your will.

Discover IRA tools to help you increase your family’s wealth through charitable planning, and become better prepared to discuss estate planning with your professional advisors. 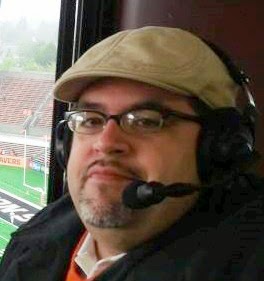 Javier Cervantes, director of the Department of Equity, Diversity and Inclusion at Linn-Benton Community College, has been selected to participate in the National Community College Hispanic Council Leadership Fellows Program.

Established more than 20 years ago through the University of San Diego, the 10-day NCCHC Fellows Program provides training, preparation and support of Hispanic leaders in America's community colleges, providing an opportunity to continue in their professional growth.

In his position at LBCC, Cervantes, of Albany, works to prepare students, staff, faculty and local communities to live in an increasingly diverse society and workforce, including working on issues of equity, cultural fluency, capacity and competency, as well as increasing access and retention of underrepresented and diverse populations at the college level.

Cervantes serves as the co-chair of the Inclusion and Diversity Consortium of Oregon Community Colleges, and was recently appointed chair of…
Post a Comment
Read more

Learn the steps to the bidding process and how to respond to a government solicitation, as well as how to know what the agency wants from you. Cost is $19.

For more information or to reserve your seat, contact Anne Green at 541-917-4929.  Sponsored by LBCC’s Small Business Development Center.

By Linn-Benton Community College - May 05, 2015
A new, one of a kind art class "Beer and Brushes: Find Your Inner Picasso" is being offered through LBCC Community Education May 12 and May 14.

Explore your artistic talent while enjoying the atmosphere of a local brewery. Receive step-by-step instruction, supplies, and your first glass of beer for inspiration (or age appropriate beverage). No experience is necessary. Taught by Chelsea Vandenend, a highly talented, vibrant local artist and LBCC instructor.

“We found our Corks and Canvas class, which pairs wine and art, to be extremely popular and felt there is likely an excellent audience with equal passion for beer,” shares Chelsea Nordby, LBCC Program Coordinator for Corvallis. "It's a great opportunity to try something new with a friend or a group of friends."

By Linn-Benton Community College - May 05, 2015
Learn how to buy and sell online in the class "Buying and Selling Online" through LBCC Albany Community Education starting May 12.

Learn how to effectively use Craigslist, eBay, and Etsy.  Explore shopping options and popular marketplace services while learning to create ads that attract buyers and other strategies to get results and protect yourself as both buyer and seller.