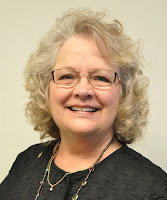 Established in 1971, the award honors community members who have provided leadership and service to the college and their communities.

A retired Albany businessman, Lowry is philanthropist and veteran who has given generously to the LBCC Foundation over the years, and has served as a member of the Board of Trustees of the Foundation since 2006.

Johnston, of Albany, is the Regional Community Manager for Pacific Power. She serves as the current president of the LBCC Foundation Board of Trustees, where she provides vision and leadership toward establishing strong relationships that lead to financial support of the LBCC Foundation, which in turn supports the students and programs at LBCC.

As the chairperson for LBCC for the Community, Johnston was instrumental in running the LBCC Bond campaign that led to passage of the $34 million college bond last fall, which will help transform the college’s ability to serve job training needs in health care and industrial trades.

Johnston also served as past chair of several area chambers of commerce, is active with the Albany Community Leadership Roundtable, and serves on the Governmental Affairs, Women in Business, and Businesses on Display committees.  She is an executive committee member of the Albany-Millersburg Economic Development Corp., serves on the Interstate 5/Jefferson Task Force and the Workforce Board for Linn, Benton and Lincoln counties, and is a member of the Rotary Club of Albany, where she serves as the club’s secretary and chair.