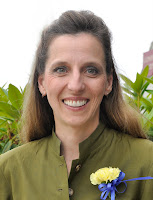 Professionally, Hanson has been involved in policy development and implementation for agricultural, environmental and natural resources with state and federal agencies. She received a U.S. Department of Agriculture Group Honor Award of Excellence for her work on nationwide good practices for the USDA, helping to establish inspection programs on the national level. Volunteer activities include Oregon Agriculture Education Foundation Scholarship Committee, American Hampshire Sheep Association Board of Directors, Oregon Purebred Sheep Association officer and assists with 4-H and FFA youth development projects and activities. 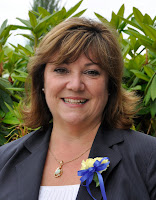 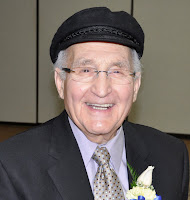 Active in many community organizations and noted for his generosity, Pastega was instrumental in construction of a guest house on the campus of Good Samaritan Regional Medical Center in Corvallis. Pastega has served on the Good Samaritan Hospital Foundation Board of Trustees since 1981.

Pastega established the LBCC Pastega Faculty and Classified Excellence Awards in 2000, and later established an endowment to fund the awards in perpetuity. The awards honor one faculty member and one classified employee each year for their outstanding contributions to the LBCC community. 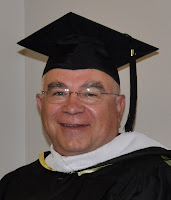 LBCC Board of Education member Hal Brayton was honored with an Honorary Degree for his long-standing service to the college.

Brayton has served as a board member since July of 1996, holding offices of chair and vice chair several times. He places a high value on education and on making a difference in the community. His service to LBCC will end this month.

Brayton holds a bachelor degree in English from the University of Oregon. He spent 21 years working in the newspaper industry in various positions. He also has worked in sales and management.
Disinguished Citizen Distinguished Alumni Honorary Degree

By Linn-Benton Community College - April 07, 2014
Oregon Construction Contractors Board Education (CCB) will be offered through the Small Business Development Center at Linn-Benton Community College. This five session course will meet on April 22, 29, May 6, 13, and 20 from 6 p.m. to 10 p.m., on the LBCC Albany campus, Calapooia Center room CC-213. The course is required for CCB licensing as part of the education requirement before taking the State of Oregon CCB exam. Participants are required to attend all five of the state-approved sessions to satisfy the educational requirement for Oregon contractor licensing. Topics include employer requirements and employee rights, Oregon lien and contract law, taxes/recordkeeping, best business practices, project and time management, estimating and scheduling, building codes, OR-OSHA requirements, job site safety, environmental laws, and test taking strategies in compliance with ORS 701-280.  Advance registration is required by April 18. Cost for five sessions is $290
Read more

By Linn-Benton Community College - March 21, 2016
A variety of art classes, including a few new ones, are being offered through LBCC Community Education starting March 28. In the new class “Art & Etsy,” learn to polish your craft and sell your art. Bring your own product to polish up, or bring to life a new creation. Immerse yourself in product design and then create a catchy shop name and an inviting online presence. This one-day class meets Thursday, April 7 from 1 to 3:50 p.m. at the LBCC Lebanon Center, 44 Industrial Way, and Friday, April 15 from 1 to 3:50 p.m. at the LBCC Benton Center, 757 Polk Ave, Corvallis, and Saturday, April 16 from 10 to 12:50 p.m. at the LBCC Albany Campus, 6500 Pacific Blvd. SW. Cost is $39. The new class “Mosaic Mashup” helps you create a mosaic masterpiece from recycled materials. Incorporate paper, glass tiles, ceramic tiles, and a wide selection of other materials. Leave with your own unique piece of artwork. This one-day class meets Thursday, March 31 from 1 to 3:50 p.m. at the LBCC Lebanon Cen
Read more

We've moved! Check out our website for current LBCC news!

By Anonymous - August 30, 2018
We are no longer adding news items to this blog. For the latest LBCC news, please check out our website at http://www.linnbenton.edu
Read more