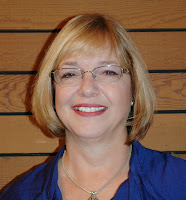 Marlene Propst, College Advancement director and Foundation executive director at Linn-Benton Community College, received the Communicator of the Year award from the National Council for Marketing and Public Relations at its District 7 conference held Oct. 21-22.

Propst has worked at LBCC for 34 years, serving in her current position for the past seven. She also served four years as the director of Marketing and Publications and 23 years in the Career and Counseling Center in various positions including director.

The annual award honors a two-year college marketing professional who has demonstrated special leadership or ability in college communications. The award is given for each of NCMPR's seven districts. LBCC is in District 7, which includes Alaska, Idaho, Montana, Oregon, Washington, and the Canadian provinces of Alberta, British Columbia, Saskatchewan and Yukon Territory.

As director of College Advancement, Propst has achieved a broad consistency in image and marketing efforts, expanding marketing of the college from the traditional print medium to areas such as movie theater slides, bus ads and online advertising. Under her leadership, LBCC’s College Advancement office has won numerous Medallion Awards from the state and regional chapters of NCMPR, and she was instrumental in the development of a TV commercial that won a Paragon Award from NCMPR.

Propst, an Albany resident, has a master’s degree in counseling and a bachelor of science in business administration personnel and industrial relations, both from Oregon State University, and an associate of arts from LBCC.
district 7 marlene propst