Students Rock Summer as They Compete Around the World

By Linn-Benton Community College - June 27, 2014
Summer is rocking for LBCC students participating in international competitions in robotics and music, and launching rockets at NASA Wallops Flight Facility in Virginia.

Oregon is the place to be for ocean engineering, says LBCC physics instructor and ROV team advisor Greg Mulder. That said, this is the 7th year LBCC’s Remote Operated Vehicle team, or ROV, has qualified for the Marine Advanced Technology Education Center’s annual international ROV competition, held this year at Thunder Bay National Marine Sanctuary in Alpena, Michigan June 26-28. The event pits teams from college and universities around the globe. The team worked all year to design and build a submersible robot, which they tested at nearby Osborn Aquatic Center pool. Students on the team come from a variety of majors including math, physics, computer science, engineering, health and human performance, and drafting. The team also relies heavily on technical writers, as one-third of the competitions score is based on written proof and statistics. Last year, the ROV team took fifth out of 600 international teams, competing against colleges and universities with ROV budgets of $50,000 or more. The team also won “Biggest Bang for the Buck” for creating an ROV made with parts from the 2012 ROV and using only $1,500. Read more about the ROV team in this Commuter news story: http://lbcommuter.com/2014/02/20/lbcc-rov-team/ Check out the MATE web site at: http://www.marinetech.org 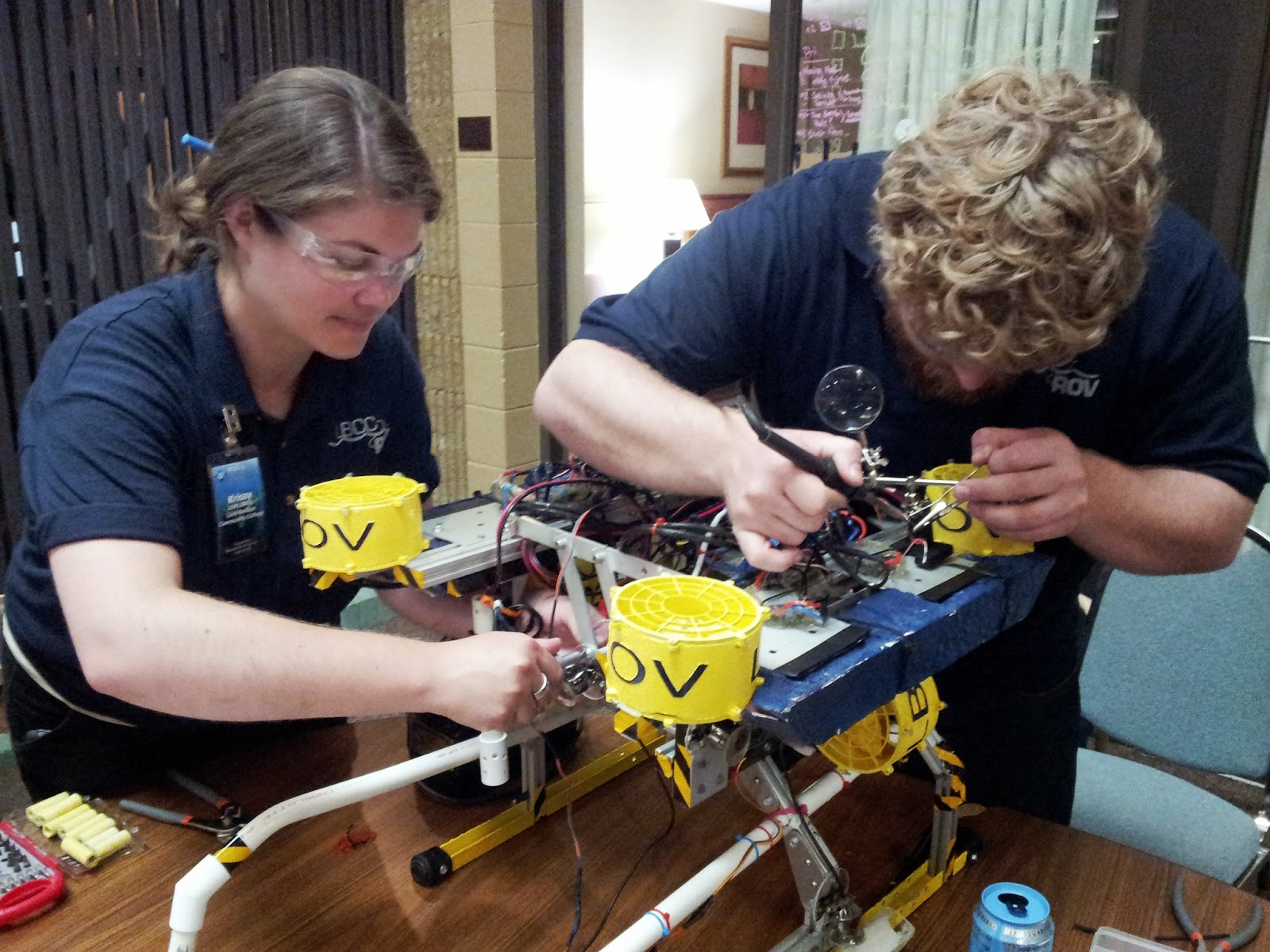 Hazel Betz, Ariel Stroh and Ashley Trout participated in NASA's Wallops Flight Facility in Virginia June 21-26. The three engineering women went to a RockOn workshop where they helped build and launch microcontroller-based instrumentation on a NASA rocket, sending it about 100km into space. The payload was equipped with data-gathering instruments, which the students programed before launch. Students then retrieved the payload after it came back to earth, where it landed nearby in the ocean. Parker Swanson, LBCC computer science instructor, accompanied the team. The trip was made possible through the Oregon Space Grant Consortium (OSGC), a NASA educational outreach program, of which LBCC is an affiliated higher-ed institution. Ashley graduated in June with her associate's degree in Mechatronics. Hazel is working on her physics transfer degree, and Ariel is working on an industrial manufacturing and engineering transfer degree.

LBCC’s choir qualified to compete in the 8th World Choir Games, also known as the “Olympics for Choirs,” to be held in Riga, Latvia July 9-19. The choir, under the direction of LBCC choral instructor James Reddan, is the only community college choir in the US to qualify this year. The students will represent the US in three categories: Mixed Chamber Choirs, Musica Sacra a Cappella, and Musica Contemporanea, adjudicated by an international jury. Students also get to attend workshops with composer Morten Lauridsen and the King Singers, and do a performance tour through Helsinki, Finland and Tallinn, Estonia prior to arriving in Riga, Latvia. They also get to participate in the parade of nations, which is televised on national television in Latvia on July 15.  See more about the games at: http://www.interkultur.com/competitions-festivals/world-choir-games/riga-2014/ 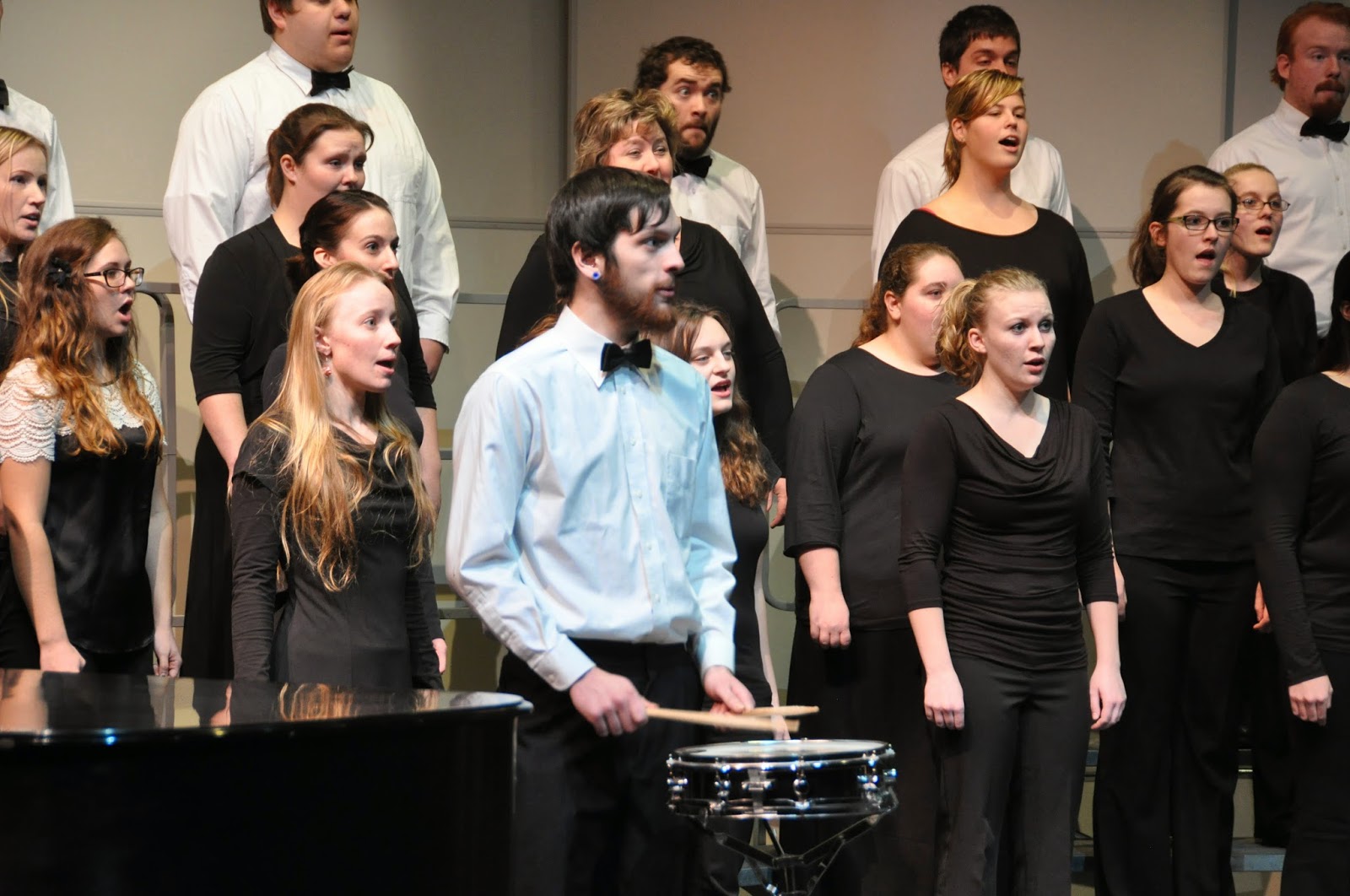