The college kicked-off its 50th Anniversary with cake in the Commons Tuesday, December 6, which marks the day in 1966 that Linn and Benton county voters voted by a 2 to 1 margin to establish the college. Speakers at the event included local business man and founding college board member Russell Tripp. Watch for future announcements to celebrate the 50th anniversary of the college's first classes in September 1967. 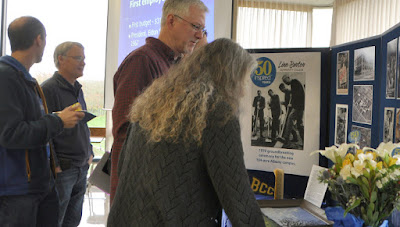 Three LBCC faculty members recently had their writings published. An article by English faculty Chris Riseley titled “Allow Students to Pursue Their Interests in the Library Databases” was published in the higher education online publication The Teaching Professor, and one of his poems, “To Be Part of This,” was published in The English Journal of Poetry Anima. Christy Stevens, Education/Child and Family Studies faculty, had her poem titled “Revival” published in the literary journal The Timberline Review. And, English faculty member Karelia Stetz-Waters has published her fifth book, titled “For Good,” by Forever Yours, Grand Central Publishing.

The LBCC Nursing Alumni Association sponsored its first Willamette Valley Nursing Education Forum November 9, with 40 area nurses and nursing students attending. The forum not only provides much-needed continuing nursing education, it’s also an excellent way to build relationships with alumni and local nurses. The Nursing Alumni Association has already scheduled its next forum for November 1 at the new Healthcare Occupations Center in Lebanon. 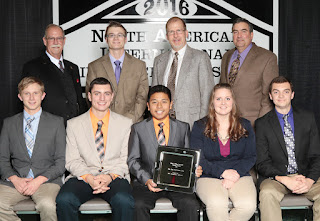 Students in LBCC’s International Studies program, led by social science faculty member Scott McAleer, attended the Northwest Model United Nations conference held in Seattle in November. LBCC was one of two community college’s represented at the conference, which hosts several hundred students from around the world. The students engaged in issues such as climate change, poverty, disease, refugee crises, global conflict and trade as they learned to build political coalitions, draft legislation and present in front of committees including the General Assembly, World Health Organization and the World Humanitarian Summit.
Next time you’re out and about, stop by the Luckiamute building and check out the new GED wall wrap, installed to help direct students to the correct office. 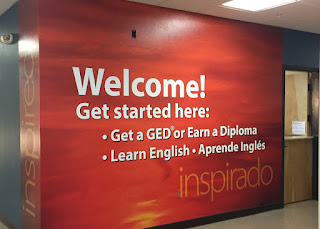