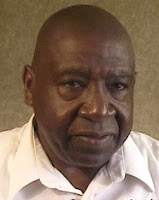 Singleton, an economics professor at Loyola Marymount University in Los Angles, will tell of his experiences with the Freedom Ride, being arrested and jailed and what it meant to him then and now. A question and answer session will follow.

In 1960, Singleton was named president of the NAACP chapter at UCLA. He helped to recruit for, and ultimately participated in, the Freedom Riders movement in the south, where the riders set out to challenge Mississippi and other southern states to comply with two U.S. Supreme Court decisions ruling racial segregation unconstitutional in interstate travel.

On July 30, 1961, Singleton, along with more than 300 Freedom Riders, was arrested in Jackson, Mississippi, where the riders were tried, fined and incarcerated at Parchman Penitentiary.

An American Experience documentary film on the Freedom Riders will be shown following Singleton’s presentation in the Forum.