The two simultaneous wins happened Saturday, Oct. 21, one at the Big Fresno Fair in Fresno, California and one at the Colorado State Ram Classic in Ft. Collins, Colorado.

In addition, the team had another historic win on October 14 when they defeated two university teams to win the Western Fall Classic held in Medford, Oregon, beating Fresno State and Chico State.

LBCC’s Livestock Judging team started in 1974, with 16-20 students participating each year. Coach Rick Klampe competed on the team as a student from 1979-81, winning first-place overall at the 1980 North American International Livestock Exposition. Klampe has coached the team since 1988, and Weber started coaching in 2001. 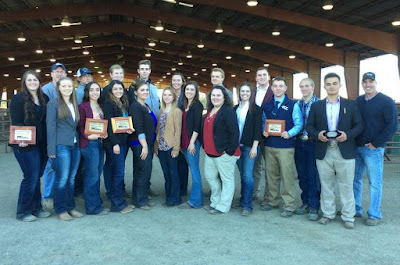